Selecting the wrong axioms can unnecessarily restrict a useful generalization, and force us to come up with another name for a special case of the same general idea. Software developers don’t like to repeat ourselves when we don’t need to.

Aggregation When an object is formed from an enumerable collection of subobjects. In other words, an object which contains other objects. Each subobject retains its own reference identity, such that it could be destructured from the aggregation without information loss.

Concatenation When an object is formed by adding new properties to an existing object. Properties can be concatenated one at a time or copied from existing objects, e.g., jQuery plugins are created by concatenating new methods to the jQuery delegate prototype, jQuery.fn .

Delegation When an object forwards or delegates to another object. e.g., Ivan Sutherland’s Sketchpad (1962) included instances with references to “masters” which were delegated to for shared properties. Photoshop includes “smart objects” that serve as local proxies which delegate to an external resource. JavaScript’s prototypes are also delegates: Array instances forward built-in array method calls to Array.prototype , objects to Object.prototype, etc…

It’s important to note that these different forms of composition are not mutually exclusive. It’s possible to implement delegation using aggregation, and class inheritance is implemented using delegation in JavaScript. Many software systems use more than one type of composition, e.g., jQuery’s plugins use concatenation to extend the jQuery delegate prototype, jQuery.fn . When client code calls a plugin method, the request is delegated to the method that was concatenated to the delegate prototype.

The code examples below will share the following setup code:

Aggregation is when an object is formed from an enumerable collection of subobjects. An aggregate is an object which contains other objects. Each subobject in an aggregation retains its own reference identity, and could be losslessly destructured from the aggregate. Aggregates can be represented in a wide variety of structures.

Whenever there are collections of objects which need to share common operations, such as iterables, stacks, queues, trees, graphs, state machines, or the composite pattern (when you want a single item to share the same interface as many items).

Considerations: Aggregations are great for applying universal abstractions, such as applying a function to each member of an aggregate (e.g., array.map(fn) ), transforming vectors as if they’re single values, and so on. If there are potentially hundreds of thousands or millions of subobjects, however, stream processing may be more efficient.

Linked lists form the basis of lots of other data structures and aggregations, such as arrays, strings, and various kinds of trees. There are many other possible kinds of aggregation. We won’t cover them all in-depth here.

Concatenation is when an object is formed by adding new properties to an existing object.

When to use: Any time it would be useful to progressively assemble data structures at runtime, e.g., merging JSON objects, hydrating application state from multiple sources, creating updates to immutable state (by merging previous state with new data), etc…

Delegation is when an object forwards or delegates to another object. 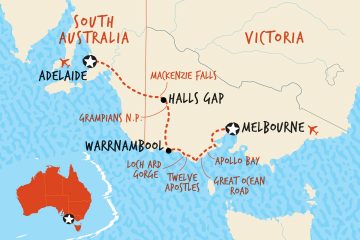 Want to see how it works right away?  Try on JSFiddle Install Tourguide.js 1npm i tourguidejs Why do you need Tourguide.js Every time you build you next awesome web app, you sit back and stare Read more… 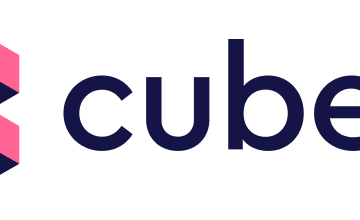 Cube.js is an open source framework for building analytical web applications. It is primarily used to build internal business intelligence tools or to add customer-facing analytics to an existing application. In a majority of cases, Read more…